The plant (a small stone)

This plant sits silently in a shiny white pot. It’s taller than most of the people that pass it and the pot reaches head height. I wonder if the soil goes all the way down. The plant itself has long leaves in varying shades of green. Dark in the middle, with a lighter hue around the edges. Most of the leaves are shiny but some have cracks in them. The cracks have brown edges. The plant lifts this whole area between meeting rooms and changes it from a cold and clinical space to one that supports life. 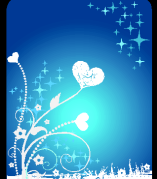 Let’s not talk about the novel

A lovely blogging friend  commented on my absence from blogging/twitter etc. last month, saying that I was ‘probably busy writing.’ I wish that were true. Well, I suppose I was writing a bit, but I’ve barely touched the novel in over a month.

Friends have asked about it and I’ve started to say ‘let’s not talk about it,’ because, well, there’s nothing new to tell – not really. However, I promised to update you and haven’t done since December so it’s about time I came clean…

Since December, I have barely added to the 10,000 words I had written during NaNoWriMo. Yes, I’m disappointed with myself. I had intended to write a certain amount of words every week and it fell by the wayside. I’ve been taking on a little too much lately (not all of it necessary, perhaps I was diverting my attention deliberately…) and something had to give. The novel was the first thing I stopped. It was stalling anyway, I was starting to wonder what my characters were doing and feeling a little distant from them. I thought that taking a break from the story might help. I’m still not sure whether it has.

After about a month, I returned to my initial draft and re-read it. The first couple of thousand words are ok, I think. Then the story seems to wander off, away from what I originally wanted it to say. I’m not sure whether I’m writing two novels or if I’ve just lost sight of what the novel is supposed to be about. I still will write it, but what I have here isn’t it. On the advice of a friend, I won’t trash it, just in case. I will, however, take the first part – the part I’m happy with – and start the story again from here. Continuing where I left off is a bad idea, I feel, as it would be too easy to meander back into the irrelevant story and get frustrated with where it’s going.

So – that’s where I’m at. Starting over. I will be revisiting and reviewing my original plot outline to make into something tighter, more likely to help me stay on track, and then I’ll start over. I don’t know how much I’ll write each week but I will definitely take a blogging break again as soon as I find my ‘flow,’ to make sure I don’t lose the momentum this time. I’ll be sure to let you know how it’s going as soon as there is anything to report! In the meantime, let’s just not talk about it 😉

Are any of you working on a big project at the moment? If so, how’s it going? What do you do when you find it stalls or goes in a direction you’re not happy with? Please share your advice and experiences below!

What a lovely award! 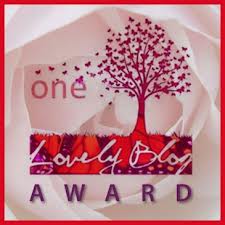 First of all, a long overdue thank-you to Subhan Zein, who nominated me for this award last month. Subhan is an exceptionally gifted writer, which is all the more amazing given the fact that English is not his first language. If you have time, do pop over to Subhan’s blog and read some of his inspiring words.

Right, as always with these things, there are some ‘rules.’ I am supposed to:

Ok. I posted seven random things about myself not so long ago when I accepted the Very Inspiring Blogger award, so I will just add three more to that (if you read the last seven, the numbers will make sense!), making up to a nice round ten. I will try to be more revealing this time:

Now, as for nominating seven blogs…. I’m not going to follow that rule this time. I go for quality over quantity in my blog reading so don’t have hundreds to choose from, and I want to make sure that a) I don’t nominate the same people all the time, which leads to b) I want these awards to mean something when I give them! Also, as the name of the award is ‘One lovely blog,’ I think I should nominate just that… So…

Alice doesn’t blog very often but I think that illustrates my earlier comment about preferring quality over quantity. She may not write much, but when she does it’s well worth the wait! If you would like to find out more about Alice, you could pop back to 2010, when I interviewed Alice for my Ordinary People series.* Do take a look at Alice’s stories and poems and if you like what you read, I urge you to subscribe by email to make sure you don’t miss a rare treat in your reader!

Alice – There’s no obligation to accept and if you do, feel free to interpret the ‘rules’ as loosely as I did – or even ignore them altogether! Congratulations!

*I will be running a series of ‘Ordinary People’ interviews again this year. If you would like to feature (or nominate someone to feature), please get in touch!

On Being more and broken phones

Hello there. Nice to see you again – glad you came back after my long absence! Shall we grab a cuppa and the leftover chocolate and have a chat? I’d like that. 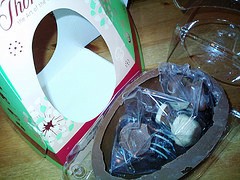 So… Let’s talk about being – about being mindful, living in the present and taking the time to slow down and breathe… Last month I posted about just that. I said I was taking a ‘few weeks’ out to slow down and catch my breath. Well a few weeks turned into a month and if I’m honest, I didn’t really slow down until last week. Before then I was still doing just as much as I was before ‘taking a break,’ I was just doing different things. Not writing my novel, unfortunately. I’ll come back to that later (not today though).

So, what happened last week? My son (who just turned two last week) decided to have a bit of a tantrum. Well, I say a bit…. He threw things and shouted and stomped and cried until he finally calmed down. Still no idea what it was about. One of the things he threw was my phone. Somehow it had ended up on the floor with his toys. I won’t be making that mistake again. The screen cracked and although it didn’t break, I now can’t use it because the slightest pressure will most likely break the glass. This means I can’t draft my blog posts on my wordpress app. I can’t tweet using my twitter app. I can’t draft poems and stories on my notebook app. I can’t…. I won’t go on. Basically, it made me realise how much I rely on my phone to get stuff done. It’s a great timesaver… Or is it? Perhaps my son was trying to tell me something. Since he destroyed my phone, I have spent a lot less time online. Sure, it means I’ve got less done but it also means I am actually spending time just being. It’s amazing the difference it makes. I am happier, the people around me are happier, and I am rethinking the amount of time I spend doing ‘stuff’ online. I think much of it is probably unnecessary and I could be putting that focus elsewhere. Or just chilling out.

So, I will be ordering a new phone today. It will have all the apps I need to ‘get stuff done,’ but this time I plan to be more mindful about what I’m using and when. I may even start turning it off a couple of evenings a week. Sure, that stll makes me feel uncomfortable, but perhaps I’ve been in my comfort zone too long and besides, lately I’ve realised that although it’s what I’m (now) used to, it’s not actually that comfortable.

What about you? How much time do you spend online and do you think all these time-saving apps do actually save you time? I’d love to hear your thoughts!

Posted in Give more. Be more. Do more